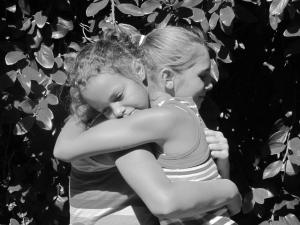 Long before Amy Poehler claimed the best zinger of the 2013 Golden Globes when she referenced the Zero Dark Thirty/Kathryn Bigelow controversy noting that “when it comes to torture, I trust the lady who was married to James Cameron for three years”, Poehler’s character on the hilarious Parks & Recreation invented a new holiday: Galentine’s Day.  As Leslie Knope explained it:

This holiday has been warmly received by many, boasting it’s own Wikipedia entry, a tumblr, and numerous blog posts.  And it’s no wonder.  Because ever since Sex And The City’s Carrie Bradshaw uttered the famous sentence “Maybe our girlfriends are our soulmates and guys are just people to have fun with” many women have embraced this idea – on February 13th and beyond.  And that’s cool.  It’s important for us all to celebrate our friendships and not just our romantic relationships because – for men and women alike – our friendships shape who we are as people, and they can define us in important ways.

Now, if you think that I’m taking this opportunity on Valentine’s Day to talk about the magical, My Little Pony-esque, slumber parties and mani/pedi types of friendships between women I’m sorry to disappoint you.  Rather, today I’m introducing something decidedly non-Cupid inspired: a short blog series on women’s friendships, and in particular, what happens when these friendships end.

Because if it’s true that as women our female friends are our soul mates, then our breakups with friends (and we’ve all been there) – can be as, or even more devastating than a breakup with a romantic partner.  And it’s something we need to talk about, even if we may not want to.  So stay tuned, dear readers, for a little thing I like to call “Friend, Interrupted” – a series about how to get over breakups with our closest female friends without Ben & Jerry’s and without losing our faith in the power of friendship.